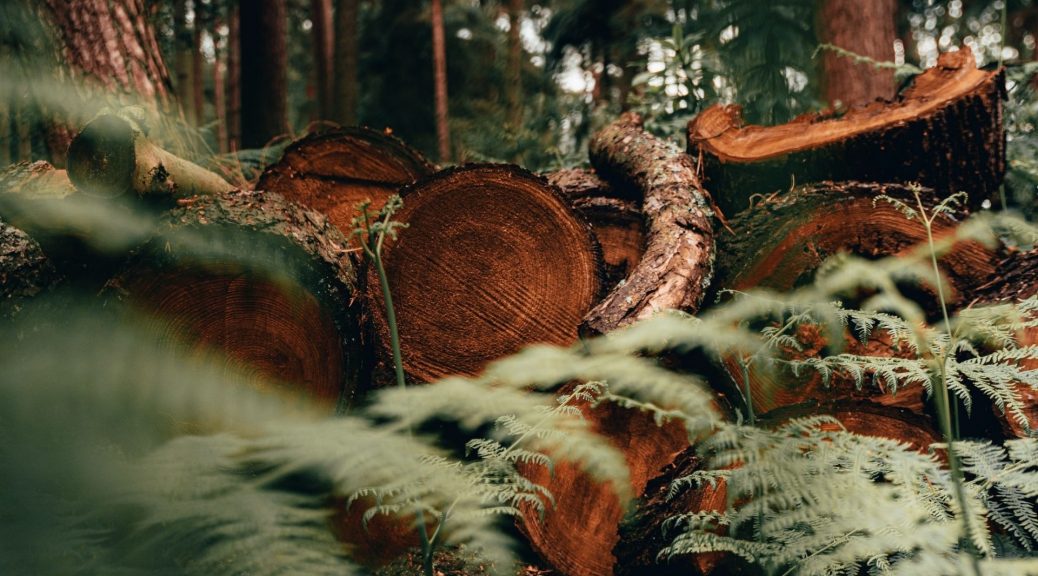 Lumber prices have increased more than 180 to 280% since spring 2020 depending on which source you reference.

This price spike has increased the price of an average new single-family home by $24,386 since April 17, 2020, according to the NAHB (National Association of Home Builders) and based on standard estimates of lumber used to build the average home. Due to the rising price of lumber, landowners should be on the lookout! The increased value of their trees brings an increased risk of timber theft.

Tree poaching has become a major issue recently in Tennessee where hardwoods are the main target. Thieves have stolen trees throughout Middle and Eastern Tennessee as reported by the Agricultural Crime Unit (ACU) in a recent news release. ACU is a specialized unit dedicated to investigating and enforcing state laws and regulations related to agriculture, forestry, animal health and agribusiness. ACU has been taking an aggressive stance to combat the rise in tree thefts they have been experiencing through increased information sharing, publicity on public media and active prosecution of cases.

In addition to the construction industries lumber “shortage”, the demand for Tennessee whiskey and Kentucky bourbon continues to be very strong. Both of those products must be aged in white oak barrels. Therefore, white oak timber right now has an extremely high value and with the increased demand for white oak, came an increase in white oak poaching,

Although not specifically in Tennessee, in April 2021, the National Park Service reported more than a dozen trees disappearing from Chickamauga & Chattanooga National Military Park in northern Georgia. The theft included several old-growth oaks. A park ranger noticed a road where there should be no road and evidence that trees were being dragged away. An arrest was made, and the suspect took a plea deal, the National Park Service said.

Public media has been alive with news on the internet, news stations and other media with warnings to the local public and landowners. Their warnings should apply to all timber-producing states and operations, especially those growing the currently “popular species”.

A Case in How to Catch a Thief

One interesting article I found told the tale of Chris Rankin in Marion County, ﻿Tennessee.

Rankin is a property foreman for RGGS Land & Minerals and has been with the company for 17 years. RGGS is a land company with 20,000 acres managed for timber and mountain stone. Because Rankin has lived in the area all his life, he has a lot of good contacts who help him watch out for thieves. In his experience the thieves will cut down the tree and then come back later to pick it up.

Rankin recalled one case where he helped track the criminals down. He found one of the logs the thieves had cut and staged for pickup later. He carved the last four digits of his cell phone number into the butt of the log and set up a trail camera – the kind often used for deer hunting. He was able to catch the thief red-handed in town with the log on his trailer. Rankin called the police department and took them to court.

He said it would help if the mills didn’t purchase off the bed of a truck since it is clear the seller is not legitimate. Either way, he is determined to keep an eye out and he warns potential thieves he is watching out for them.

Steps to Take to Protect Your Land and Timber

Timber theft can be intentional or accidental. In some cases, the theft is an unintentional crossing of boundaries by legitimate harvesters. Ensuring clear contracts and boundaries are the best way to prevent such types of theft.

The rise in theft today, however, is more deliberate as timber thieves get in and out during the night without being noticed. They are driven to take advantage of this current lumber shortage and the additional profits to be had. The motive is money. Even though penalties include fines of double or triple the current market value of the timber, for more and more thieves, the risk is worth it.

Illegal cutting like this not only results in a loss of the trees but also generally brings property damage and negatively impacts conservation efforts and wildlife. It can be devastating to a landowner.

The Tennessee Department of Agriculture (TDA) not only urges forest landowners to be aware of timber theft, but also provides steps owners can take to protect their assets.

The first step to safeguard against timber theft is to clearly mark property boundaries and have a plan of action for ensuring the security of your timber assets. Landowners without marked property lines can unintentionally invite timber theft when neighboring land is harvested.

One of the best ways to prevent this crime is to know your neighbors and let them know when you are harvesting. Keeping in contact with your neighbors is especially helpful if landowners do not live on the property or plan to be out of town for an extended period. Write down your plan so they know specifically what you are asking them to do and get their agreement. Share your name, contact information and how to contact local law enforcement. Giving your neighbors permission to act on your behalf will encourage them to take action if they see anything suspicious. Otherwise, they might not want to interfere in what they see as your private business. And of course reciprocate when asked!

A current timber inventory with estimated value is another helpful tool should any theft occur. Consulting foresters can help guide landowners on how to mark their property lines and how to mark trees prior to a timber sale. The Division of Forestry in many states or the Association of Consulting Foresters maintain a directory of private consulting foresters who specialize in timber inventory and in damage and trespass assessments.

Finally, get to know a forester. Don’t try to do this alone. They can help prepare a plan to prevent thefts in the first place. Then if someone becomes a victim of timber theft, they will have resources available to help landowners every step of the way.