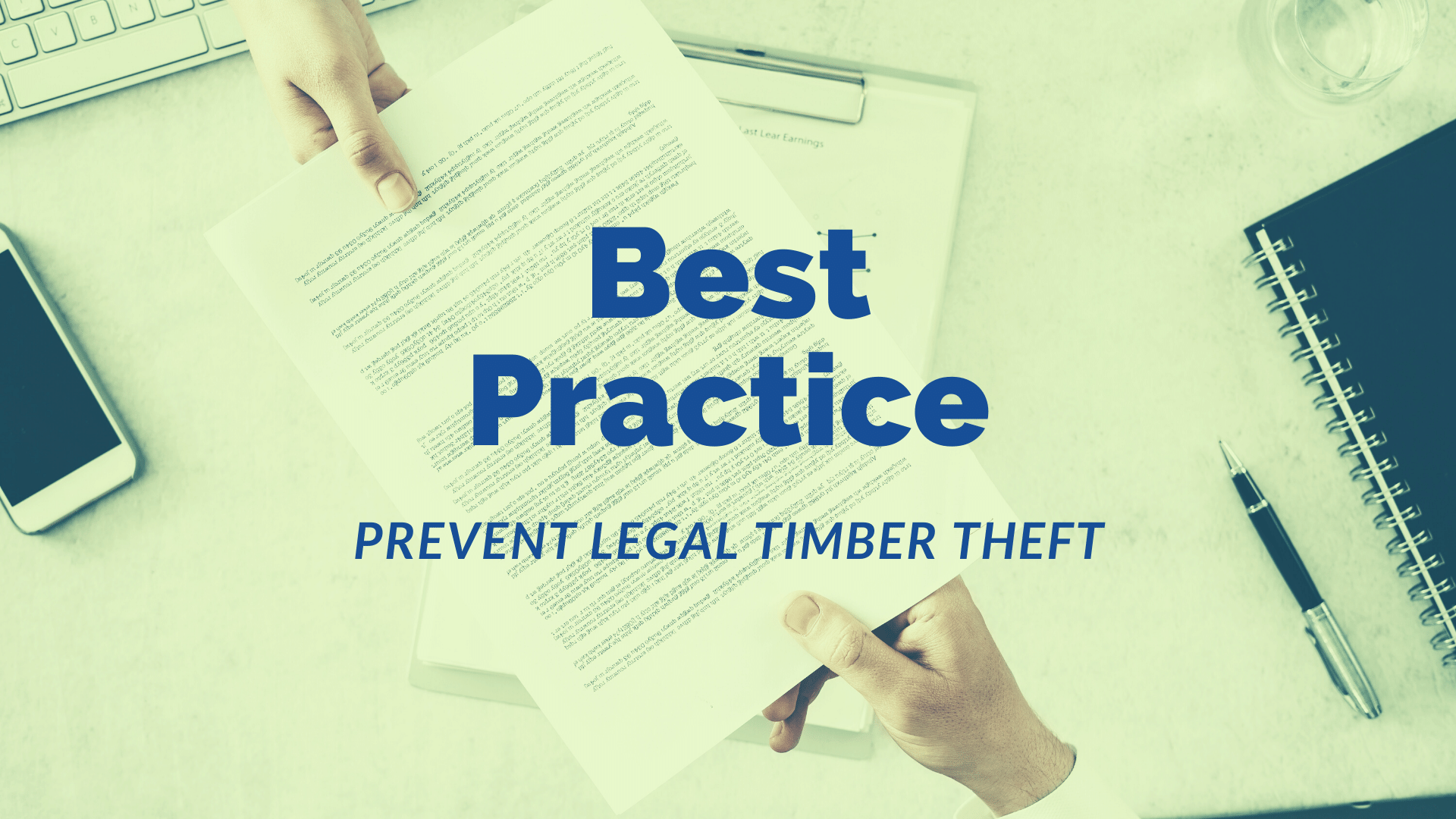 What is Legal Timber Theft?

In this month’s post, we look at issues raised in an article written by The University of Arkansas at Pine Bluff where the author, Joe Friend coined a term, “legal timber theft”. A term I’ll admit I wish I’d have used when I’ve tried to emphasize the importance of good contracts, getting references and getting educated on timber sale processes.

The reason being that if you ever do sign a contract that is less than the best, you may have just given your permission for “legal timber theft”. For those of you with long memories, you’ll remember we’ve covered contract fraud before in a previous post in May 2019. I’m a firm believer this subject can’t be covered often enough.

Remember the three major purposes of a good contract.

By definition, it is assumed that all parties understand the specifics of the arrangement, so the words used and the details that are outlined in the contract are critical.

Have you ever signed a contract where you didn’t understand all the terms? Most of us have, if we are being honest with ourselves.

A historical case concerning a dissatisfied landowner below highlights how a deliberately vague contract can be utilized to steal timber.

A landowner signed a contract to have the timber harvested from his property. He agreed to a per unit price for two products – pine and hardwood timber. The signed contract clearly stated the tract was to be clearcut. Outside of the contract, the logger verbally estimated the entire tract would net the landowner $50,000, but the amount was not specifically stated in the contract. The landowner was given $10,000 up front as a deposit prior to harvesting. The agreement was that he would be paid the rest at the agreed-upon per unit prices, once the logger had harvested enough to cover the deposited amount.

The harvesting crew hauled 25-30 loads of timber per week for the next five weeks. After two weeks, the buyer supplied the landowner a settlement statement depleting the $10,000 and returning a balance of $1,250. At the end of the five weeks harvesting, the crew moved off the property and the landowner received a settlement check for $4,567, marked as “Final Statement.”

When the landowner called the buyer and said he was promised $50,000, the buyer said that was a visual estimate of the tract and claimed he was mistaken when he made that estimate and insisted the landowner was paid for the tons harvested. This was clearly wrong. If the first two weeks netted him $11,250 then three more weeks of harvesting should have totaled at least $28,125 – Not what he was promised but substantially more than the $15,817 he received.

Although the landowner called for help from law enforcement, a local forestry consultant, and the state forestry commission, with a signed and legal contract, there was little to be done. The contract could only be considered on what was included, not what was verbally promised since that could not be proven. Although this contract was unethical, it was legal and technically described the way the transaction was to be implemented, and the contractor fulfilled the letter of the agreement.

This contract was very general in its terms and made no reference to any guaranteed amounts to be received. The products agreed to in the contract were very general, when at the very least most harvests would include at least four product separations. Furthermore, there was no specified method for verifying the amount of timber harvested except the word of the contractor, nor were there agreements about how and when the landowner was being paid and the conditions for getting paid. Finally, the contract should have included the method to be used for resolving disputes.

Checklist for a Well Written Contract

Determine ways to be as clear and specific as possible using numbers instead of general terms. As a reminder below are some questions you should ask yourself and include in any agreement for a variety of contracting issues:

Remember that having a written contract is essential. Verbal agreements or handshake deals are not to be entertained for a valuable asset like your timber. You wouldn’t sell your house on a handshake deal, then why would you consider selling timber that way?!

And finally, if you do need assistance with a timber sale find a good consultant forester in your area by searching for one on the American Consulting Foresters’ website.