Cutting Down on Timber Crime in Oregon 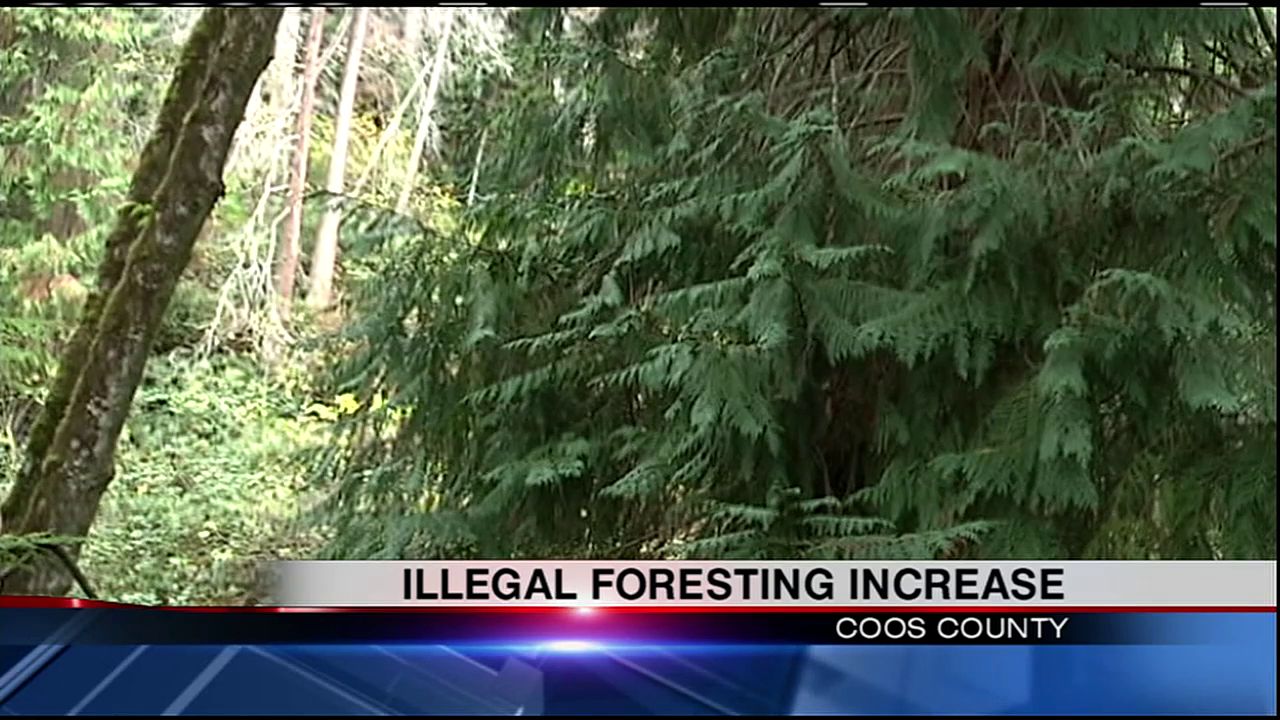 I have often argued in this newsletter that I would like to see more companies taking timber thieves to court, even if chances are slim that perpetrators will be convicted, or they will be able to recoup their losses.

Doing anything after a theft incident sends a signal that you are just not giving away your timber for free. There will be a fight.

Recently I ran across three articles about timber thefts in Coos County, Oregon, where landowners and the local police took action, even if the stakes were relatively small. One is a very recent incident and the others a few years ago, but it tells me that Coos County takes timber theft seriously – and not just the big-ticket thefts.

I am extremely satisfied knowing that foresters and landowners are taking action against those who steal their timber.

For those of you have experienced theft, I share these stories in hopes you will be encouraged to fight on as well.

On Friday, December 20, at approximately 12:30 p.m., a Coos county timber deputy received multiple phone calls and text messages from Moore Mill Timber and Roseburg Resources. A neighbor had notified them of person seen unlawfully taking cedar from their property. When two deputies went to the area, they found the suspect had left the area but they received further information of his where-about, sitting by the side of the road with a disabled vehicle. The police responded to the disabled vehicle. Upon arrival, the investigation revealed that 36-year-old Wayne J. Resendez allegedly unlawfully taken approximately 1/3 cord of cedar bolts from the Roseburg property.

The cedar had a retail value of $133.33. In spite of the low value, Resendez will be referred to the district attorney’s office on charges of Theft II in addition to unlawful harvest/transport of a forest product.

To make matters even more complicated for the perpetrator, Resendez was also charged with driving on a suspended license and his car was towed from the scene. I know it is only a little over $100, but there are so many good things about this story. First of all, the neighbors called in. Who knows how much he might have stolen if they hadn’t caught this quickly? The company responded and insisted that the police respond, which they did.
﻿
The police sent two deputies which is good news for their own safety. In the forests, you never know what you will get.

Finally, the company is taking legal action. Even if the case doesn’t hold up in court or Mr. Resendez cannot pay the fine and restitution, he will think twice before trying this again and hopefully this will send a warning message to his friends that might consider this as a source of income.

We all know, the ideal is to prevent the theft in the first place but stopping someone at this early stage is a win already. Studies show that when people get away with theft they are more likely to try it again and their confidence will grow with each successful attempt.

In a report by Lauren Negrete and KCBY.com staff on November 18th, 2019, the article reported a jump in crimes in the forests of Coos County, Oregon.

Sadly, as the holidays were approaching, the County Sheriff’s Office reported an increase in illegal harvesting of special forest products, the cedar boughs used for making Christmas wreaths. The cedar season runs from August until two weeks before Christmas.

In an attempt to alert the public of the problem the police went on the air, which essentially put everyone on lookout. The Coos County Sheriff reported this was being done by commercial businesses and they were cutting the entire tree and not just the boughs. The story ended by letting people know that the Bureau of Land Management and the National Forest Service sold permits for the cedar boughs.

What a great way to attempt to prevent the crime before it happens. This paints perpetrators as the criminals they are. It shows that the thieves could have gotten permits if they wanted the boughs. The story is designed to not only make the public aware of the issue but also to align sympathy with those who would blatantly cut down whole trees illegally just to get the boughs.

The Trees Fight Back – Another Oregon Story from Coos County

In another story from Powers, Oregon, KCBY, Channel 11 reported of a tree theft gone wrong in August 2016. Kurt Lively, William Smith, and Russel Koser were arrested on charges of unlawful cutting and harvest of minor forest products. All were charged, one was charged with criminal offenses. Powers is also in Coos County, Oregon.

In this case, the three men reportedly tried to remove a 30,000-pound cedar stump from the woods. They tried moving the stump onto two different trailers but failed at each attempt. The stump crushed both of the trailers. Foresters reported the men to police. Two were arrested and one got away but it being referred to the Coos County District Attorney.

I’m not sure if the legal penalty is better or worse than losing two trailers.

Again, the County Sheriff’s Office was on the scene and ready to take action. The theft was reported while the action was taking place. The news media gave coverage to the story to keep timber theft in the public’s mind and eye.

Preventing timber theft is the ideal. The next best is to find the perpetrators early. Cooperation between foresters, neighbors, the local media and the local police are the best way to do both.